5 Inspirational Books on Travel and Spirituality

When I first left the US to travel, I considered my trip as much of a spiritual journey as a physical one. Heavily influenced by a Mother Theresa biography, I imagined myself achieving enlightenment by wandering around the world 100% dedicated to serving and helping people.

That’s hardly been my reality. What I have been dedicated to, however, is living by spiritual principles like honesty, humility, and acceptance. I also do my best to keep my thoughts positive and project positive energy.

And I fail. A lot. Luckily, I am aware that the spiritual path is a journey. Like every road, it is filled with stops, starts, potholes, accidents, twists, and turns. When I have needed a little inspiration or a spiritual kick start, I’ve found it in these books.

The Celestine Prophecy by James Redfield

In the midst of a work-life crisis, the protagonist hears from an old friend regarding an ancient manuscript found in Peru. In search of adventure and answers, he follows his instincts and hops on the first plane out. One by one, the insights of this document are revealed to the reader in the context of his eventful escapade.

The most significant insights for me are the ones that discuss the importance of noticing coincidences and identifying our personal control dramas (mine is aloof).

Can you see the energy between your fingers yet?

The Bridge Across Forever by Richard Bach

Richard Bach has been one of my favorite authors since my adolescence. He writes in simple language that everyone can understand, and his books are laced with multi-dimensional meanings. I’ve read the book Illusions over 10 times, and each time I learn something new that I didn’t catch before.

The Bridge Across Forever is a story about him and his true-life soul mate time traveling and seeing all the different lives that could have spawned from making a certain choice or taking a particular path. Life is a series of decisions, and I’ve literally seen my life “splitting” after making one. This story is a colorful example of that.

An Autobiography: The Story of My Experiments With Truth by Mahatma Gandhi

One of the most spiritually revered leaders of our time, Gandhi’s autobiography gives us an inside look at his personal struggles in all areas of life. In the face of discrimination, repression, and hate, Gandhi held fast to his morals, no matter the cost. His fight for equity and human rights starts in South Africa and ends in India, where he was eventually assassinated.

Though he faltered on his spiritual journey, which he openly admits in this book, the takeaway for me is his superhuman perseverance and dedication to living the best life he could.

Be Here Now by Ram Dass 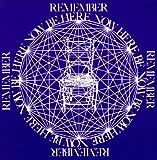 Ram Dass, originally known as Dr. Richard Alpert, was a Harvard psychologist who gained fame through his work with acid with Timothy Leary.

Be Here Now is his story of traveling to India, meeting a spiritual guru, and the life-changing effects this magical land had on him. It’s a fascinating travelogue and is full of crazy drawings personifying his spiritual experience.

It’s Here Now (Are You?) by Bhagavan Das

Bhagavan Das left his home state of California at 18 years old with no money to head to India. It’s here that he met Ram Dass and inspired him to write Be Here Now.

This memoir is a fascinating look into the life of Bhagavan Das, in which he grapples with relationships, children, and numerous spiritual paths in India and the US, all producing ecstasy-inducing highs and crushing lows.

What books have influenced you on your spiritual and travel journey? Share your favorite inspirational pieces here.

Previous post5 Reasons Not To Hang Out With Backpackers Next postTravel Flashback: Rugby and Life in New Zealand